On June 14th 1985, governments of France, Germany, Belgium, Luxemburg, and Netherlands signed the Agreement on the gradual abolition of checks at common borders, followed by the signing on June 19th 1990 of the Convention implementing that Agreement. The implementation of the Schengen Agreements started in 1995.

Today, there are 26 Member States of the Schengen Area. 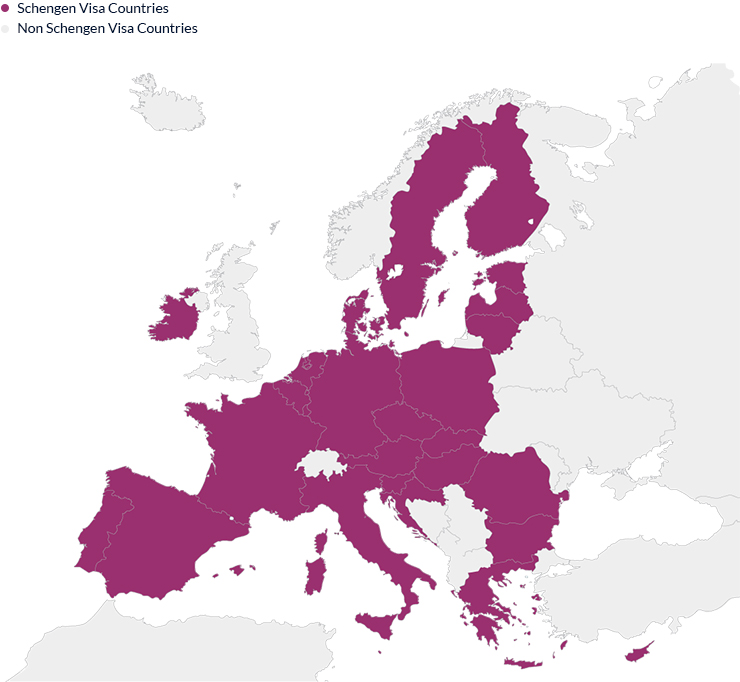 The Schengen Area Member States are:

Abolition of borders between these European countries resulted in:

In case of a serious threat to the safety of any of the countries in the Schengen area, the border controls may be reintroduced at some internal borders.

Most Schengen countries are in the European Union, but do not confuse the EU with the Schengen Area.

Countries such as Romania, Bulgaria, Croatia and Cyprus are in the process of joining the Schengen Agreement. There are some pre-conditions that countries must have the capacity, such as: